Please join us to honor Leonard Peltier as he enters his 37th year of wrongful imprisonment and discuss what we can do to release him from prison. Bring your friends and family! 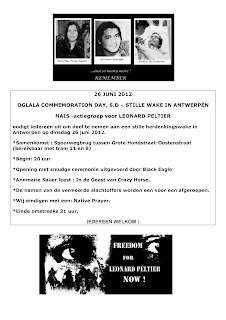 Posted by Unknown at 10:29 AM
Email ThisBlogThis!Share to TwitterShare to FacebookShare to Pinterest

David Hill is a member of the Choctaw Nation from Oklahoma and joined the American Indian Movement in the early 1970's. Over his 40 years of dedication and commitment to Native American Rights he has been involved in numerous protests and demonstrations including the takeover of the Bureau of Indian Affairs' main office in Washington D.C. and WOUNDED KNEE in 1973. David has organized communities and created opportunities for people across the Americas and Canada, focusing on health, housing, employment, economic development, and education for all Indian people. He has also worked consistently in various leadership positions within organizations to gain freedom for Leonard Peltier.The philosophy of self-determination upon which David lives by is deeply rooted in traditional spirituality, culture, language and history. Currently he is teaching traditional spirituality and martial arts to youth.

Leonard Peltier is a citizen of the Anishinabe and Dakota/Lakota Nations who has been unjustly imprisoned since 1976, now having spent over 36 years in prison for a crime he did not commit. He was a participant in the American Indian Movement, which was targeted by the FBI's COINTELPRO program. While assisting the Oglala Lakota people on the Pine Ridge Reservation, two undercover FBI agents entered the campground and a tragic shoot-out occurred on June 26, 1975. On February 6, 1976, Peltier was charged with the deaths of the agents and railroaded to trial. Prosecutors and federal agents manufactured evidence against him (including the so-called "murder weapon"); hid proof of his innocence; presented false testimony obtained through torturous interrogation techniques; ignored court orders; and lied to the jury. People are commonly set free due to a single constitutional violation, but Peltier—faced with a staggering number of constitutional violations—has yet to receive equal justice. Peltier was convicted and sentenced to two consecutive life terms. Leonard is a beautiful artist, humanitarian, and author of the powerful memoir, "My Life is a Sun Dance," and has won several human rights awards, including the North Star Frederick Douglas Award, Humanist of the Year Award, and the International Human Rights Prize. For more info on Leonard Peltier and to support his freedom campaign, please visit http://www.whoisleonardpeltier.info/index1.htm
Posted by Unknown at 10:22 AM
Email ThisBlogThis!Share to TwitterShare to FacebookShare to Pinterest 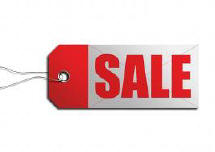 
Please allow 2-4 weeks for delivery.
Posted by Unknown at 12:47 PM
Email ThisBlogThis!Share to TwitterShare to FacebookShare to Pinterest

For the past few months Occupiers from Sacramento to Boston to Kalamazoo to New York to Philly have been planning a National Gathering in Philadelphia from June 30th to July 4th.

We would ask that you please utilize the tools listed below. Please RSVP to the invite on the facebook event page, invite everyone you know (whether they can attend or not), and forward this information to every network you have developed during your time in the movement and beyond. This event will only be succesful if we, as a movement, work together to make it happen. Today we received word that Occupy Berkeley and Occupy Portand have endorsed the #NATGAT proposal which brings the number of Assemblies standing in solidarity to 57. We ask that you too stand in solidarity with us and help to make this event the foundation shattering and paradigm building exercise that is has been designed to be.

If we have learned anything from this movement, it is that when people committed to love, peace, and democracy come together not only do they build change; they build community. We sincerely hope you all have the oppurtunity to come and build a trulyrevolutionary community with us. If you cannot come we ask that you consider joining us on July 4th for our visioning process in the virtual world (details coming soon) and/or consider donating the time and resources neccesary to make this Gathering as historic as it has the potential to be.

Posted by Unknown at 12:37 PM
Email ThisBlogThis!Share to TwitterShare to FacebookShare to Pinterest

NYC: Save the Date for Leonard Peltier


Broken Rainbow is a documentary film that presents a moving account of the forced relocation of 12,000 Navajo Native Americans from their ancestral homes in Arizona by the government. The Navajo were relocated to aid mining speculation in a process that began in the 1970s and continues to this day. The United States government claims that by moving the Navajo off the land, it is settling a long-standing dispute between the Navajo and Hopi Tribes. To the traditional Navajo and Hopi, there is no dispute.


The film is narrated by Martin Sheen. The title song was written by Laura Nyro, the theme music was composed by Paul Apodaca, with other original music by Rick Krizman and Fred Myrow. It won the Academy Award for Best Documentary Feature.


We can see why AIM is so necessary to defend traditional Native Americans. Leonard Peltier and other AIM warriors continue to fight for justice for Native Americans and an end to the theft and rape of the land.

For more information: 646-429-2059 or nyclpdoc@gmail.com.
Posted by Unknown at 12:12 PM
Email ThisBlogThis!Share to TwitterShare to FacebookShare to Pinterest

PRISON WRITINGS: MY LIFE IS MY SUNDANCE 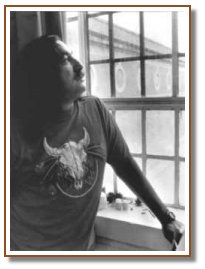 
Free and Open to the Public