A group of activists seeking the release of convicted murderer Leonard Peltier marched through Dothan on Tuesday as part of a cross-country trip.

The group began its journey in California and will conclude it in Washington , D.C., where it hopes to gain the support of President Barack Obama.

“We’re trying to hit a lot of the reservations and a lot of the communities along the way, just trying to bring awareness of who Leonard Peltier is,” said Dorothy Ninham of the Oneida Nation of Wisconsin, one of the protesters.

Peltier, a Native American activist of Chippewa and Lakota descent, was sentenced in 1977 to two consecutive life sentences for the murder of two FBI agents during a 1975 shootout at the Pine Ridge Indian Reservation in South Dakota.

Ninham and the other protesters, however, say Peltier received an unfair trial and has been a victim of human rights violations and racism.

“It isn’t about one day on an Indian reservation, it’s all the years of corruption that led up to this,” Ninham said. “We’re asking for justice in this case. He is an innocent man. In his case alone, there are over 40 constitutional violations. Obama, being a constitutional attorney, should recognize those violations and overturn this. We brought it to the attention of the Justice Department, and they have done nothing yet.”

“We’re asking for Leonard Peltier’s freedom,” he said. “We need our tribal elders, our spiritual people to step up and be a voice to our government. We need to bring Leonard home.”
Posted by Unknown at 9:57 AM No comments:
Email ThisBlogThis!Share to TwitterShare to FacebookShare to Pinterest

Mass Call In for Leonard Peltier

Tell them you are calling regarding Federal Prisoner Leonard Peltier # 89637-132. Tell them you want Leonard released immediately by Presidential Clemency or any means.

Call as many times as you can. The line may be busy, please be patient and keep trying to get through.

It has been some time since a specific Mass Call In for Leonard has been requested. We know many of you call consistently , which is both vital and appreciated by Leonard. Please do all you can to make Friday March 30, 2012 a big day for Leonard at the White House comment line.

For More Information on Leonard Peltier go to www.whoisleonardpeltier.info.

Support the Leonard Peltier Walk for Human Rights https://www.facebook.com/pages/Free-Leonard-Peltier-Walk-for-Human-Rights/145152348926963
Posted by Unknown at 10:53 AM No comments:
Email ThisBlogThis!Share to TwitterShare to FacebookShare to Pinterest

Also our "Broken Treaty" T-Shirt (Retail) - Get 20 percent off on your purchase of this classic shirt. This offer includes a "Free Peltier" pin at no extra cost and free shipping for domestic orders.

Posted by Unknown at 11:32 AM No comments:
Email ThisBlogThis!Share to TwitterShare to FacebookShare to Pinterest


MARCH: 12 NOON; Gather at Heritage Park, 5th and Water St. Across from Traditions Fair Trade. (This was the Occupy Olympia site) We will start with a welcoming (details coming soon) and march to the Capitol.

This march and rally is in support of the LEONARD PELTIER HUMAN RIGHTS MARCH which is going across the land and will be in Washington, DC on May 19, 2012. Both the Walk and this March is in support of clemency for Leonard Peltier.

“I have no doubt whatsoever that the real motivation behind both Wounded Knee II and the Oglala firefight, and much of the turmoil throughout Indian Country since the early 1970s, was—and is—the mining companies’ desire to muffle AIM and all traditional Indian people, who sought—and still seek—to protect the land, water, and air from their thefts and depredations. In this sad and tragic age we live in, to come to the defense of Mother Earth is to be branded a criminal.” --Leonard Peltier, Prison Writings –

Leonard Peltier (of the Anishinabe, Dakota, and Lakota Nations), long time Native Activist and member of the American Indian Movement. Leonard Peltier, an innocent man who was convicted for the 1975 shooting deaths of two agents of the Federal Bureau of Investigation. U.S. prosecutors have repeatedly admitted that they did not and cannot prove Peltier's guilt, and the appellate courts have cited numerous instances of investigative and prosecutorial misconduct in this case. As late as November 2003, the 10th Circuit Court of Appeals acknowledged that "…Much of the government’s behavior at the Pine Ridge Reservation and its prosecution of Mr. Peltier is to be condemned. The government withheld evidence. It intimidated witnesses. These facts are not disputed." The trial of the first two AIM members in this case were found not guilty for reason of self-defense.

Behind the case of Leonard Peltier and the events that took place on the Pine Ridge Oglala Lakota Reservation is the continuing theft of Native land for energy corporations. High grade Uranium was found in the northwest corner of Pine Ridge. It was well known that the Lakota people would be unwilling to sell their land because they refused payment for the Black Hills. So a plan was carried out to suppress the traditional Oglala Lakota people and their supporters from the America Indian Movement. This lead to the Wounded Knee II Occupation, over 500 AIM members being indited on charges, a two and a half year reign of terror against the Oglala Lakota people, and the firefight near Oglala, that Leonard was charged with, that took place at the same time that a corrupt tribal Chairman was illegally signing away the part of Pine Ridge with the Uranium. The firefight took place as a means to divert attention and to suppress AIM.

This regional march in Olympia is being organized in cooperation with: members of the Olympia Community, Media Island, The Leonard Peltier Defense Offense Committee, the Office of the Northwest Regional Organizer, LPDOC, Tacoma Chapter and Portland Chapter of the LPDOC.

OLYMPIA COMMUNITY ORGANIZATIONS: This very important march will need strong Olympia community support. If your organization or group wants to help please start off by endorsing the Olympia Leonard Peltier Regional Clemency March. Please send notice of your endorsement, so that we can list you, to: Rick@mediaisland.org as soon as you can. Thank you.

Back ground article on Leonard
http://zinelibrary.info/files/2012_case_of_leonard_peltier.pdf

LPDOC: Constitutional Violations in the Peltier Case http://www.whoisleonardpeltier.info/violations.htm
Posted by Unknown at 11:27 AM No comments:
Email ThisBlogThis!Share to TwitterShare to FacebookShare to Pinterest

This annual event is to honor and remember the lives lost during the 1970s Civil War on the Reservation and to also raise awareness toward the unjust imprisonment of AIM member Leonard Peltier whose incarceration resulted from a Shootout incident between AIM members and Federal police agents in Oglala 37 years ago. It is also an event which promotes reconciliation and healing for the 1970s events with emphasis on alternatives or restorative justice.

Activities begin with a Spiritual Ceremony conducted at the Little Family Cemetery. Gravesite of Joe Stuntz, at Noon.

A Memorial walk ends at the Jumping Bull Property; as we Honor our Warriors. We share words and silence, tears and laughter, as we remember those who have left us. Ending with a meal, memorial cakes and a give-away.

The Annual Youth Awareness Concert for Healthy Life Styles and Choices, will be held at the Lakota Dome (Prairie Wind Casino).

We are very pleased to announce a major lineup for this year’s event . Join us for this “Free” concert , as we present “Grammy and NAMA winner, Guitar God” Micki Free. We welcome back the local greats: Scatter Their Own, SpyderZback, Brett Hamilton, with Elk Nation Drum and our own JD Nash.

This is a Leonard Peltier Empowerment Event for healty life style and choices.
Absolutely No Drugs, Alcohol or Violence. No filming without prior permission.
RESPECT Lakota Traditions and Culture.

www.oglalacommemoration.com
Posted by Unknown at 12:20 PM No comments:
Email ThisBlogThis!Share to TwitterShare to FacebookShare to Pinterest

Raffle of reproduction of painting by Leonard Peltier 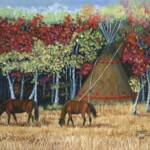 Enter to win a beautifully Framed 18x24 canvas reproduction of museum quality, offered by www.leonardpeltierart.com. Buy a raffle ticket for $5.00 between March 9th and May 9th. Buy five entries for $20.00. There's no limit on the number of raffle tickets you can buy.

Please send your name, e-mail address, shipping address, (shipping is included) and check or money order to Leonard Peltier Art, P.O. Box 7621, Woodland Park, CO 80863. The winner will be announced on May 9th.

Your donation will help us continue the struggle for Leonard’s freedom.
Posted by Unknown at 1:24 PM No comments:
Email ThisBlogThis!Share to TwitterShare to FacebookShare to Pinterest
Newer Posts Older Posts Home
Subscribe to: Posts (Atom)