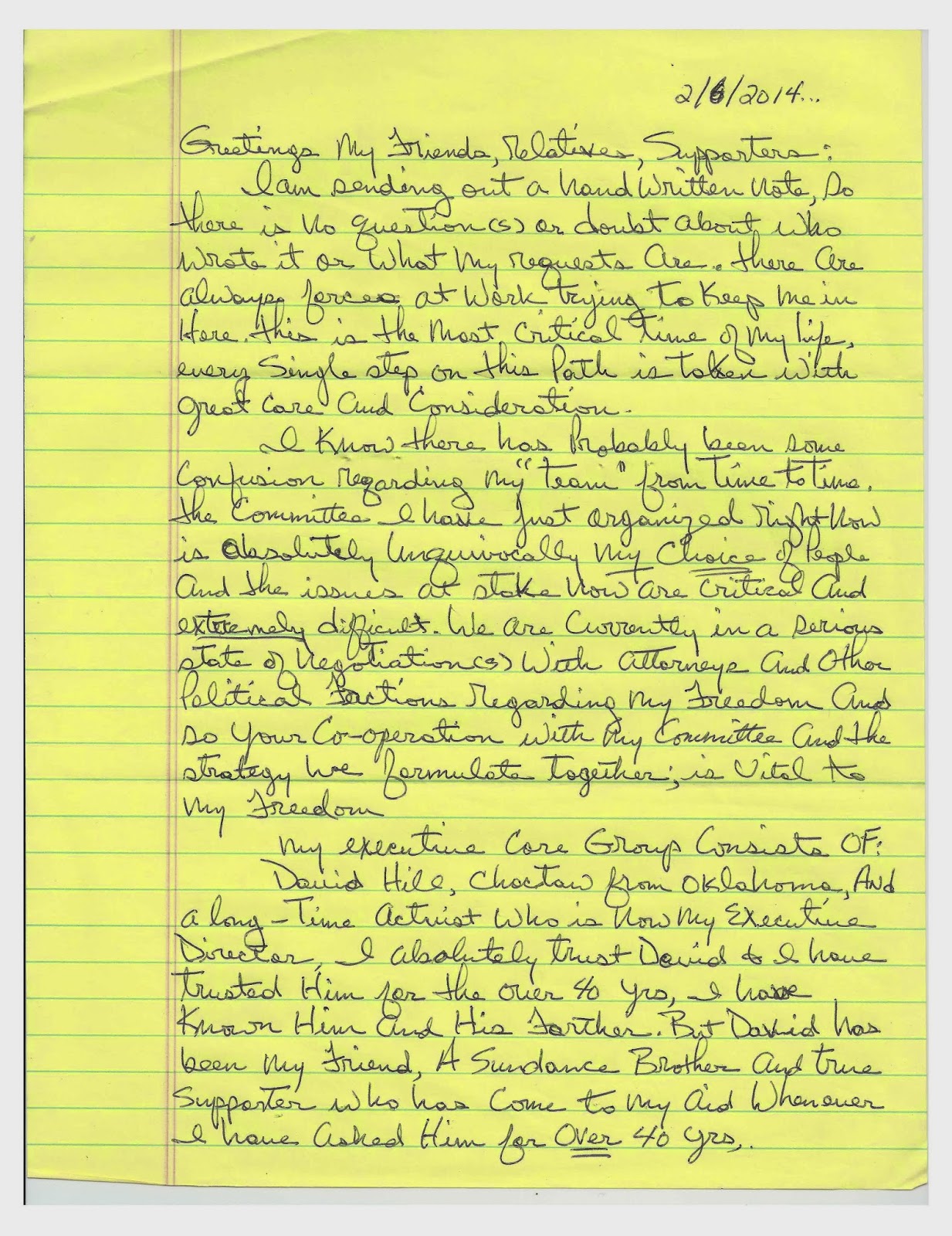 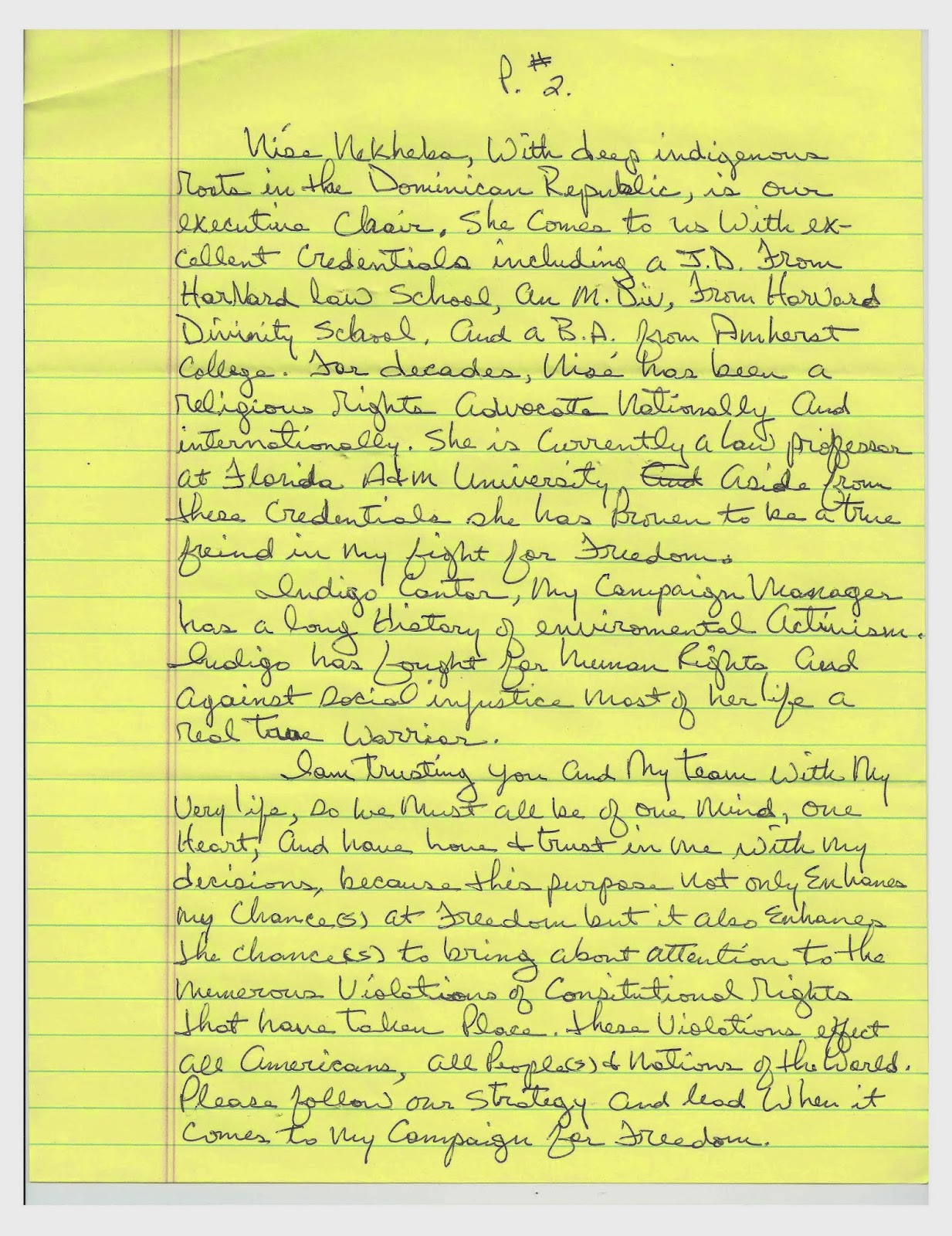 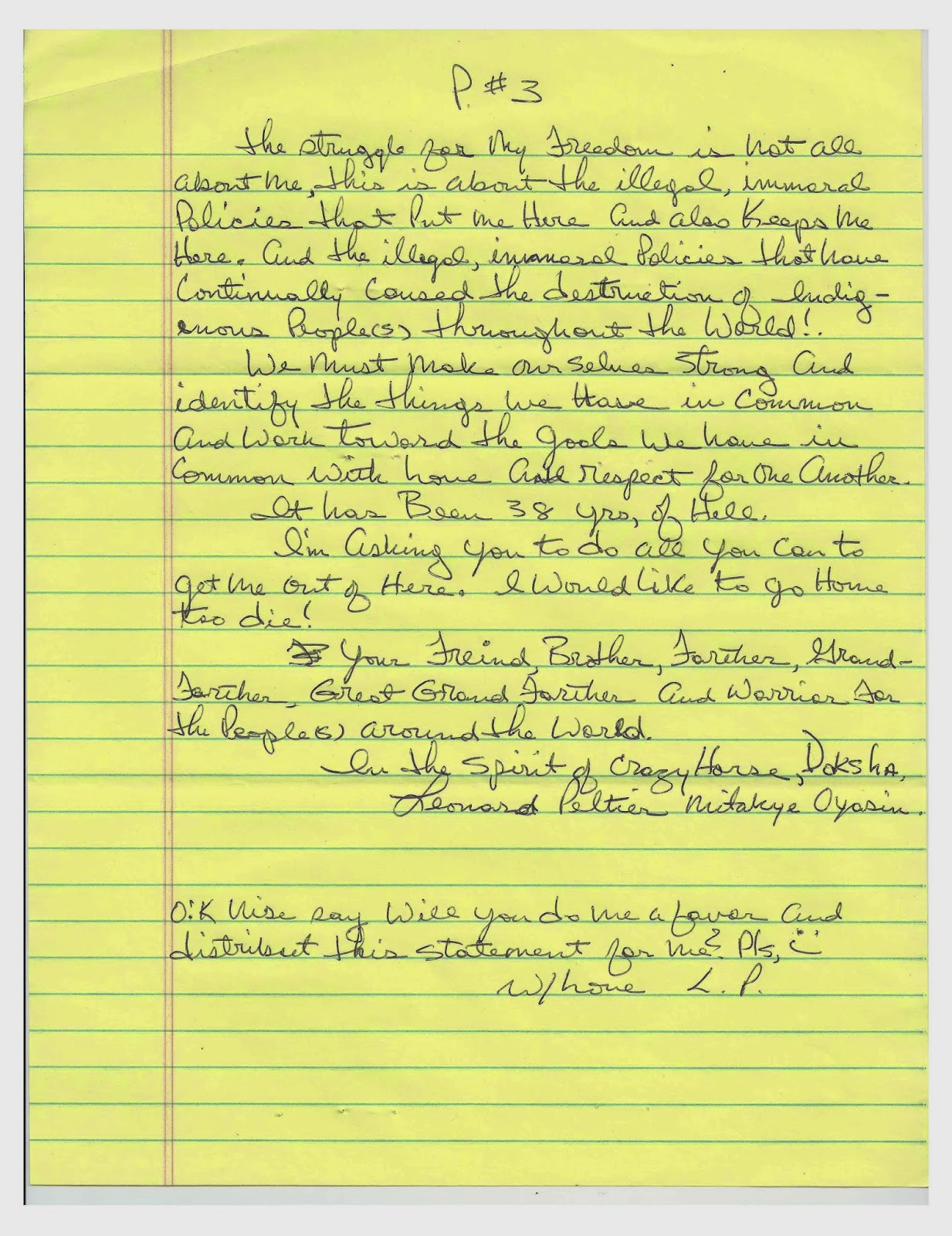 Posted by Unknown at 4:01 PM No comments:
Email ThisBlogThis!Share to TwitterShare to FacebookShare to Pinterest

Greetings my Friends, Relatives and Supporters;

I watch the news and it says the Christians against the Muslims and the Chinese against the Tibetans and relative against relative in some of these countries.  I cannot help but think,  “how does this keep happening??”  I know for a fact that the average Muslim in his homeland has nothing against a Christian, nor Christian against a Muslim in regards to their religion.  In America, Native people have nothing against non-native people for religious reasons.  I guess what I am trying to say is what we have in common is a belief in the right to pursue happiness in a respectful way, and I know the average person here in America has no reason to quarrel with any person in another land for religious reasons.

Can you imagine your children fighting with each other over how they would talk to you or respect you or seek your attention?  It would hurt your heart deeply if they were killing one another for these reasons.  What I am trying to say to you is, don’t let corporations and money- seekers destroy our commonality using religion as the excuse to take our lands and our resources.   All too often people wanting the resources of another people send in soldiers to destroy the infastructure of a people.   A lot of times they will attack one group in the name of another, and then attack the other group in the name of the one most recently attacked causing, a divide.  This not only happens in nations but it happens on the most fundamental levels of organizations seeking to liberate themselves from oppression. There are those who would spread rumors, attempting to discredit and try to divide people from each other but we must keep in mind what we want to achieve and cultivate our friendships and respect for one another.

We must respect the efforts of others, and remember that words can bring joy and they can also bring pain and disunity.  I am saying these things because for me, at this juncture of my life, I am involved in probably my last possible chance at freedom.   The people I have gathered around me are people I know and trust.  They are my choice, and I want that to be respected.

Throughout Indian country and throughout the world there are people who struggle for freedom daily.  America has more people in prison than all the rest of the world put together. The judicial system in America most obviously has become an industry, and not a tool for seeking justice.

These things that we face will not change unless we, the common people, stand in unison against these wicked affronts to our right to pursue happiness and live in a world that is not governed by ethics based on obtaining wealth.  I’d like to say things that would make you laugh and be encouraging and when you gather together remembering the cause that I am evidence of, the cause of putting an end to violations of your constitutional rights.  I want you to be cheerful and happy but I also want you to know quite truthfully that throughout the history of mankind, defending freedom and justice must be done in every generation.

I am 69 years old and I have done the best I could from where I am at, and I will continue to do so, and I encourage you to do so.

Many people in the course of a lifetime and in the pursuit of spirituality may come to a belief, or perhaps I should say, a realization that there is something in their life that they are called to do. If, for some reason, you have never had such a feeling, and you wanted to know what that was all about, you could, without any pursuit of spirituality, just using common sense, look around at the possibilities that face us. The depletion of our natural world, the loss of drinking water, clean air, natural foods, and you will find cause to be involved in protecting those things and preventing the further destruction of our natural Earth and nature.
You could become involved in trying to save some of the endangered species, you could look at a newborn baby and ask yourself, “what future awaits them?” If this suicidal destruction of our natural Earth continues- we may not destroy the Earth,  but we could end up destroying the nature that we were designed to live within.

I think is is important that within your thinking if you want to do something to make things better, you should make up your mind if you are willing to do it all by yourself or not, and then do the very best you can and I know others will join you who have the same insight and spiritual feelings that you have developed.

We were created and born within a circle of life and all nature in that circle of life is dependent upon one another.   We must join together and repair that circle of life within our family and community circles.  We, as a common people, as descendants of other indigenous peoples no matter where we are from, NEED each other, and if some 69 year old man in prison can end up having his words read to you in a meeting like this, I know, I absolutely know that you can do much better.

May the Great Spirit bless you and give you strength and friends to  share your labors and happiness with and the knowledge and perseverance to help regain the things that we as citizens of the Earth have lost, and the strength to protect what we have left, and the foresight to prevent any future losses.

I sincerely hope at this time next year I can be at one of these meetings with you and we can have a good time together and until then…
give one another a good hug for me.

Your relative always, in all ways
In the Spirit of Crazy Horse
Leonard Peltier
Mitakuye Oyasin
Posted by Unknown at 8:30 AM No comments:
Email ThisBlogThis!Share to TwitterShare to FacebookShare to Pinterest
Newer Posts Older Posts Home
Subscribe to: Posts (Atom)