On June 27, the 66-year-old Leonard Peltier was thrown in "The Hole" at USP-Lewisburg where he purportedly will stay for the next six months. According to what is currently known, Leonard's cell was searched that day. A guard allegedly was shocked by a wire(s) in the cell, placed there a long while ago by one of Leonard's former cellmates. The guard claimed "assault" (apparently he didn't know better than to touch an electrical wire). Leonard wasn't present during the search, having already been removed to "The Hole".

Click on these images to read the official Incident Report. Please note that the prison failed to detect the money sent to Leonard by a supporter and now blames Leonard for being in possession of the 20£ note. Also please note the placement of the wires in the cell as described by the guard. Leonard does not sleep on the top bunk and while the guard indicates that Leonard currently does not have a cellmate, it is also true that Leonard has had a cellmate in that particular cell from time to time. 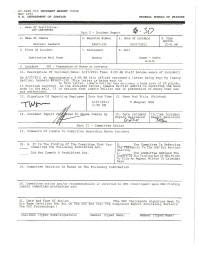 Posted by Unknown at 5:19 PM
Email ThisBlogThis!Share to TwitterShare to FacebookShare to Pinterest